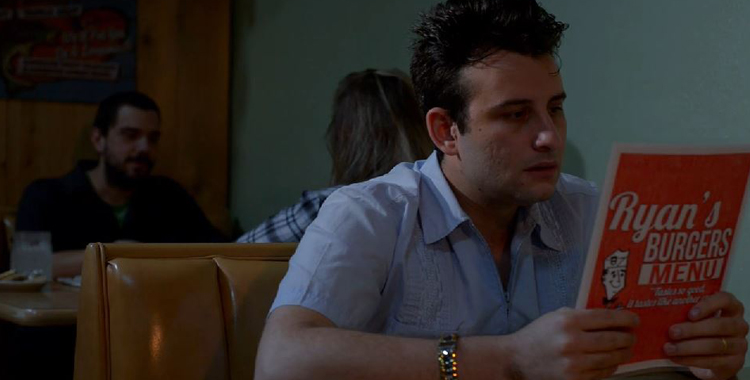 Estevan Carlos Benson provided the score for the short film M Is For Manburger which was entered into the second annual ABC’s of Death: The 26th Director competition. The film was directed by William Wymore and the cast featured Ryan Williams, Joel Watts, Daniel Ayoub, and Lucas Ayoub.

Voting is open and more information can be found on the ABC’s of Death 2 site.