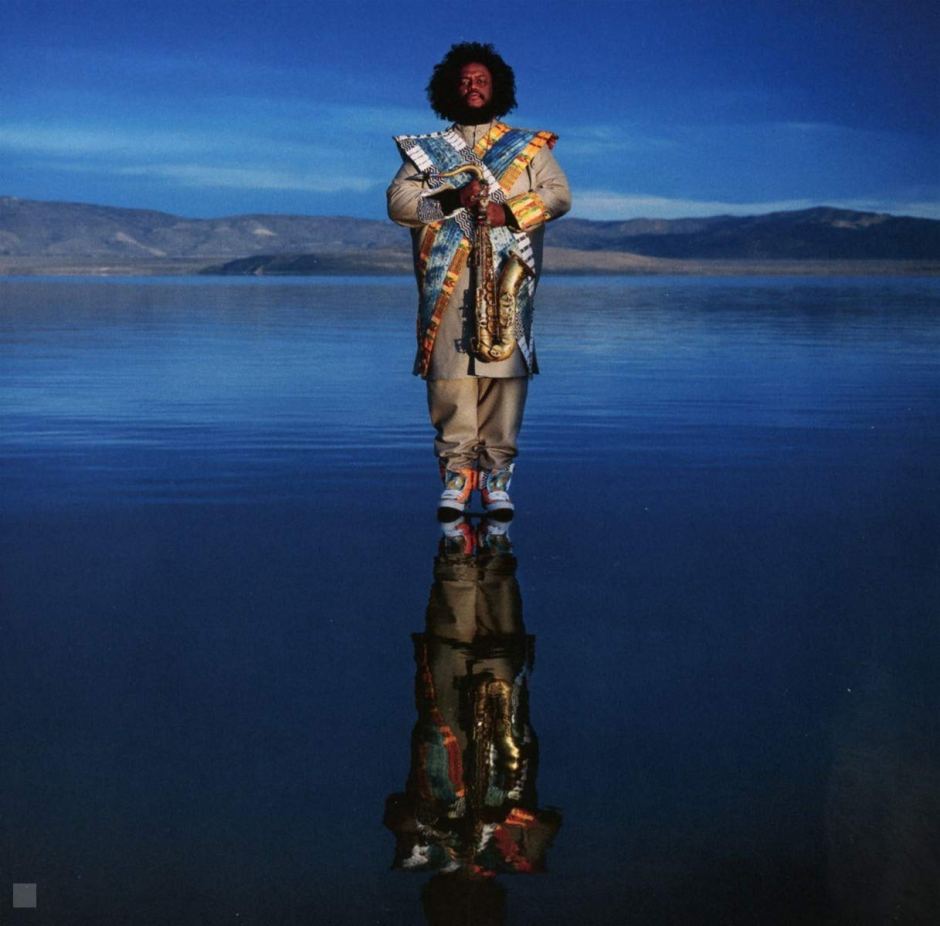 There is something to be said about a musician who is firmly of his, or her, time but still has a firm foundation and sense of history. Kamasi Washington’s music exists in place where there is simultaneously a reverence for the music that came before it, coupled with an evolutionary sense of urgency to push boundaries into new sonic territory. He is a musician who lives in two worlds. With releases on Flying Lotus’ label Brainfeeder, who’s been a session musician for Snoop Dogg, Herbie Hancock, and Kendrick Lamar, to having played with jazz music legends Kenny Burrell and Billy Higgins at UCLA, he is the standard bearer for what a “jazz” musician should be in 2019.

Heaven and Earth is at once familiar, and totally new. Allowing you to stay anchored to some level of familiarity, while pushing into the outer stratosphere of experimentation. This is an amazing, beautiful, challenging and welcoming record that requires more than one listen. A true achievement.

Daniel Lopatin, aka Oneohtrix Point Never, for nine records, has distinguished himself as one of the few internationally-known musicians who carry the torch of the left-of-center musicians that used to pepper the roster of Warp Records. The musician’s sonic experiments, and unique ability to create a truly unique sound that is comprised of vaguely familiar components, has made him almost a singular voice in the realm of avant-garde pop.

With his most recent record, “Age Of,” OPN takes this unique position and takes it to it’s logical extreme. He finds himself in very talented company here. Recruiting James Blake to co-produce and mix the album, Anohni (formerly known as Antony, of Antony and the Johnsons,) and noise artist Prurient (aka Vatican Shadow). Through this multifaceted series of collaborations, OPN has created an experimental pop masterpiece.

With the record’s cover art being a disembodied set of hands that are adorned in white-gloves, delicately examining the tassel of what is surely a quite expensive curtain, there is some expectation that this record is going to somehow disrupt the status quo.

What is so fantastic about the album is that Nicola Kuperus and Adam Lee Miller (aka Adult.) have managed to take almost 2 decades of angular, dark synth music, and distill is down to it’s most vital components. What you have left might be the most vital, artistically deep, and most relevant “electro punk” record that’s come out in a very, very long time.

There have been very few producers who have made a bigger impact on instrumental hip-hop than Prefuse 73. Along with DJ Shadow, RJD2, and some of the Ninja Tune roster in the UK, he helped spearhead the the second-wave movement of hip hop into new sonic territory in the U.S. (with the obvious first-wave of  J Dilla, Pete Rock, Large Professor, MF Doom, Madlib, etc.). By using complexly layered samples, evolved musical forms and structures, he helped create the blueprint for this evolution.

Taking a cues from his Savath and Savalas and Delarosa & Asora projects, he has returned to combine these elements into a truly beautiful and understated masterpiece. Combining jazz, orchestral, and experimental elements into the mix, the artist also is looking back to perfect his signature sound, while firmly pressing on the accelerator with the underlying rhythms. Don’t be surprised if some of the beats that you hear on this record end up being the blueprint for a lot of hip-hop in 2019.

This record is one of the biggest musical surprises that I had for the year, and would have completely flown under the radar, had I not been hunting down a reference on the Schematic Records Bandcamp page. Originally put out as a digital and cassette release on Schematic Records (one of the most influential, if not the most influential, IDM, record labels in the United States), what is so striking about this record upon first listening is how raw and urgent it is.

The artist channels footwork, techno, hip-hop, and the other worldliness of experimental electronic music, to form something that is entirely unique. There are multiple ways to listen to this record. You could put it on a club sound system, and be assured that you would have a hyped up crowd responding to the visceral drum assault. You could also put on some headphones, and listen to the sonic unfolding of the intricate composition that sits just beneath the surface of its gut punching low-end. The songs on this record evolve, and if you are a patient listener, it will give you more surprises then you could anticipate.

There is no doubt that this musicians work is firmly rooted in footwork, but all similarities to other artists in the field begin to fade away as you dig deeper into the record. The BPM‘s are all over the place, yet the sequencing of the tracks on the record feel smooth and properly placed where they are. With 16 tracks on the record, clocking in at just under an hour, there is a lot to unpack here. It is a bold statement from a new artist, and one that I am looking forward to hearing more from.

Unless you’ve been living under a rock for the past 10 years, you know how incredibly important this label, and it’s artists, have been to the left-of-center beat music scene. This record introduces the work of the newer crop of artists from this camp, as well as some of the staples of the label, and forges into some new territory. It was a chance to get a peek into the next wave of music that’s coming from this mythical group of artists.

The Brainfeeder label, with Flying Lotus as the helm, is known for the cross-pollination of various genres to create something that is greater than the sum of its parts. This record of emerging artists on the label continues this trajectory. From the beautiful instrumental hip-hop of Teebs, the woozy beats of Jeremiah Jae, the futuristic R&B of Lapulax, to the driving frenetic video game like sounds of Iglooghost, the range is pretty staggering. Or take the melancholy old west piano stylings of Miguel Baptista, next to the four-on-the-floor sounds of Martyn, and Ross from Friends,  cozied-up to the organic funk of Jameszoo. To say this album covers a lot of sonic territory is an under statement, but such it the joy of Brainfeeder.

The veteran OG’s are here holding it down as well. Daedelus, TOKiMONSTA, Mr. Oizo, and FlyLo all contribute some of their deepest and beautiful work to date. It’s looking like it’s going to be a very good year over at Brainfeeder HQ. 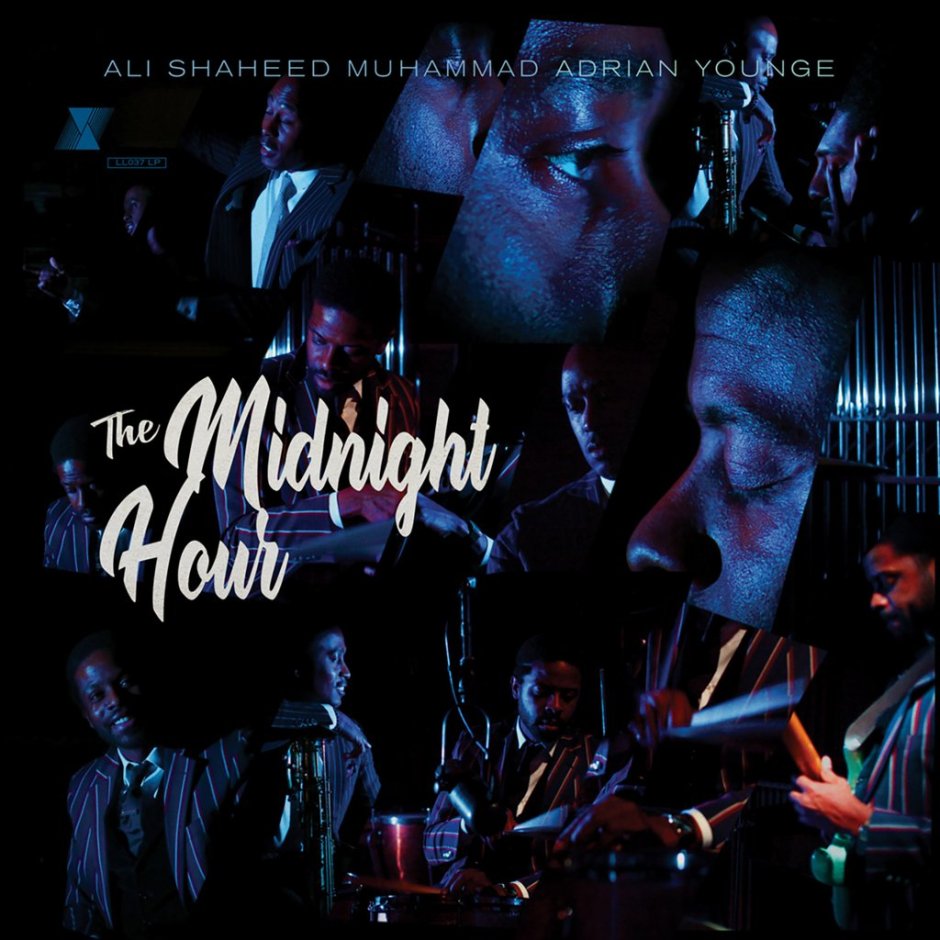 Here we find another ensemble mining sonic territory that is firmly rooted in a jazz tradition, who just happens to be comprised of some of the most influential hip-hop artists in recent memory. Ali Shaheed Muhammad, hip-hop royalty, takes the underlying sonic blueprint from A Tribe Call Quest and brings it to the project. His collaborator, Adrian Younge, has his fingerprints are all over seminal records from Ghostface Killah, Kendrick Lamar, and more than a few soundtracks you probably know. The end result of of this combination yields some amazing results.

From the album’s opening track, it’s clear that the artists on this records are seasoned veterans, who’s comfort with their own talent is apparent. Featuring a roster of well-know hip-hop and soul heavy-weights Raphael Saadiq, CeeLo Green, Questlove, Ladybug Mecca, vocalist Eryn Allen Kane, and many others (including Laetitia Sadier of Stereolab), the record unfolds with a sense of familiarity.

This 20 track blends jazz, soul, R&B and funk to create something that sounds like a film soundtrack from the 70’s. The live sting section is deep and sweeping, the well-curated rhythm instrumentation is diverse and complex, and the arrangements are timeless. For all intents and purposes this is an instrumental record, that’s punctuated by singing. Most of the tracks that feature vocalists are arranged in such a way that the vocals are a complement to music. They are perfectly placed, and meticulously delivered in the context of the songs, that are open, spacious and fully realized.

Timeless is a word that keeps coming to mind for this record, and once you hear it, you’ll understand why.

Parquet Courts were one of the few bands on my radar in 2018 carrying the torch for the post-punk/no wave set. This record, produced by Danger Mouse, is a densely packed statement that seems to be giving you a play-by-play report on the trials, excitement, and adventures that an artist might have in an urban environment while looking for inspiration.

It’s also a cold observation on what it’s like to might be like to have feelings. There’s something very meta about the observations, and while you’re getting into the groove of the record’s tracks, it’s hard to reconcile that you’re hearing lyrics that speak about social decline.

Take these lines from “Before the Water Gets to High.”

“If the clock strikes midnight then what becomes of our demonstrations? To which fate have these gatherings fell? Which walls echo all the chants we yelled into faces on the coins we tossed into the wishing well?”

It’s the disconnected, observational poetry of dancing while the world around you burns. It was the perfect companion to 2018. 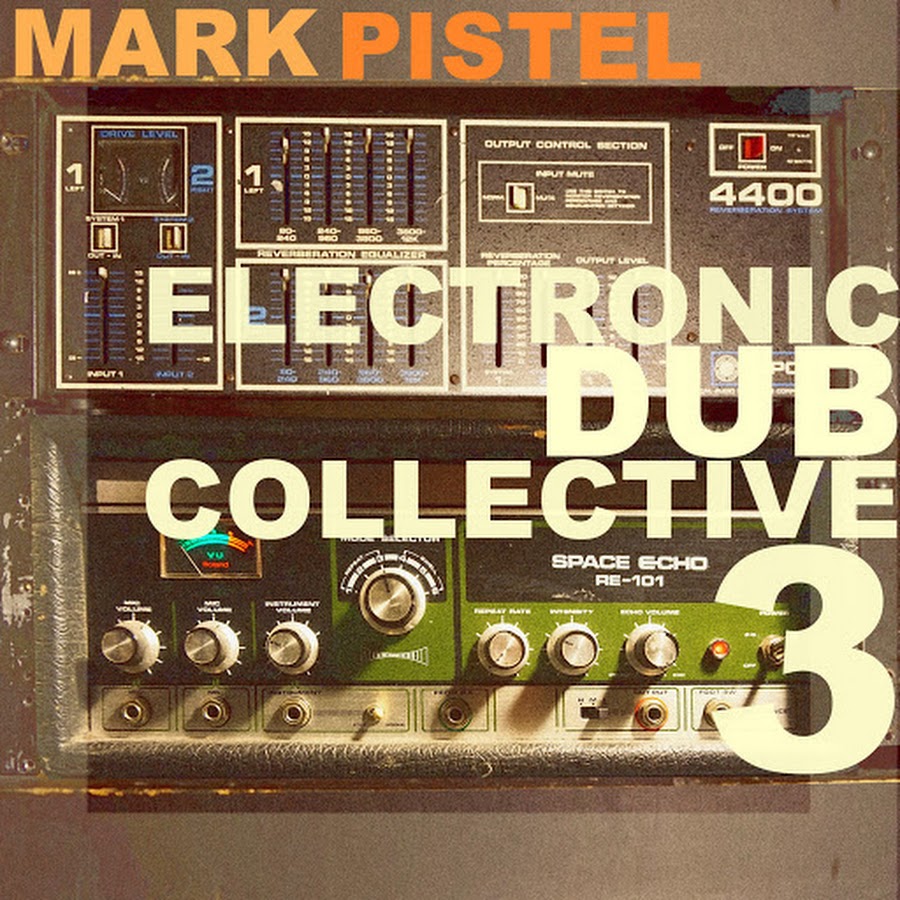 Mark Pistel’s list of musical accomplishments is very, very deep. He is founding member of Consolidated, and has work with Meat Beat Manifesto, Hercules and Love Affair, The Disposable Heroes of Hiphoprisy, MC 900 Foot Jesus, Machines of Loving Grace, and Grace Jones, just to name a few. Through all of his work, regardless of genre, the connective tissue has always been dub.

This 3 track “Single” clocks in at 20 minutes (which let’s be honest, is the length of a lot of new artist’s entire records these days!) and it’s packed with some of the most amazing atmospheric dub that I’ve heard in the past year. From the opening 9 minute and 45 second track “Dub Opus (Dub),” you can hear the artist’s signature sounds slowing oozing out of the speakers, like slow-moving lava. With a beautifully combined blend of live instrumentation and deep electronic tones, the record creeps along at a languid pace, being punctuation by sounds that seem to emerge, strike, then fade back into the background before you know what hit you.

On the track “The Arms Race,” subtle vocal samples pierce through the primordial ooze, swirling with the other worldly swells of flute, and the infinite, driving, low-end pulse that keeps you anchored to the space station while exploring the outside. “Construction Dub” pulls us back from space and lands us safely, with a sad melodica floating over a deep One Drop Rhythm that being sent and returned to the echoplex.

A beautiful record, and my favorite dub record of 2018.

There’s something incredible subversive about how JPEGMAFIA presents his work. There’s juxtaposition between the hard-edged glitchy experimental rhythms, aggressive vocal attacks, frenetic pacing, and the beautiful, ghostly melodies, delicate arrangements, and sung vocals (from the MC/Producer, and collaborators). The two forces are so intertwined that you hardly notice the stark differences of what you’re hearing. It’s a singular statement, coming from the same source, and the differences are part of the signature.

Tapping left-of-center hip-hop, IDM, noise, deep soul, chopped and screwed beats, trap, ambient, and an absolutely vicious vocal flow, JPEGMAFIA is able to jump from style-to-style with ease, and more importantly, without interrupting the flow of the song, or the record. The same goes for the content of the lyrics.

From politics, to relationships, to a full-blow swag, the lyrics are urgent and direct. The topics are serious, but you can feel humor in it. It’s deeply personal, but in the context of social framework and ills. There’s determination, intelligence, frustration, and ultimately, there’s hope.

Do yourself a favor, and find out what this is about.