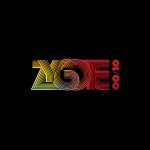 Architects + Heroes Records is proud to announce the release of Zygote’s album 00/10. The album is an abstract electronic music project of Stephen Ruiz, aka DJ Stephen R., is set to release a retrospective album of material that spans the decade from 2000 to 2010. The material was extracted from hundreds of hours of recordings that were unearthed from DAT tapes, stacks of CDs, from thumb drives, cassette tapes and discarded hard drives. While the bulk of the material is unreleased, a few of the tracks here have alternative edits that were released, but these mixes share the nameless and sequential numeric titles to be in solidarity with the rest of the tracks on the record. A limited run of CDs will be available very soon.